Tom and I recently have been enjoying a little game called Brick Rigs. It released into early access in November 2016 and since then has received constant updates. If you haven’t heard of it, don’t worry, just think of Lego meets the creative and building side of Garry’s Mod, fused together with the destruction from BeamNG. That little description just shows how much of a gem this game is.

Brick Rigs is made by one guy, Lukas Rustemeyer. The game allows you to relive your childhood days once more by destroying your favourite Lego sets. Or if you are me, destroying them for the first time as I never used to break them when I was younger. Anyway, from fire engines to planes, you name it, it has it, and if it doesn’t you could look on the Steam Workshop to see if someone has already made it, or just build it yourself in the in-game editor.

The open-world sandbox sees you and your friends experience the “dynamic driving and destruction physics” all in the multiplayer mode, whether it being a demolition derby, a dog fight or just sheer incompetence. And in the past year, it also added some PvP and PvE modes such as a Zombie Mode, a Conquest mode and a large-scale team death match.

We have recently been enjoying trying to convert people’s creations so that they work on rails and, because its Tom, also trying to do our own Top Gear challenge, with people’s caravans and rally cars. Keep an eye out on Tom’s channel for a couple of videos to see what we got up to (disclaimer: the video, quite possibly, will not be released). In the meantime, you can watch the Steam trailer and some of the behind scenes from the making of Brick Rigs on Lukas' channel here.

Yes, the game is not perfect, and it still has some way to go before being finished, but the glitches are a part of its charm for the moment. Whether it is trains and trailers glitching around the place, or spawning under the map, this game has some cracking moments, and it's stacking up to be a great game. Small games like these tend to stop development early, and never reach 1.0. But this one game for sure I don’t want to see that happen to. So If you want to buy it yourself, and show some love and support to the developer, you can do so here on the Steam store. 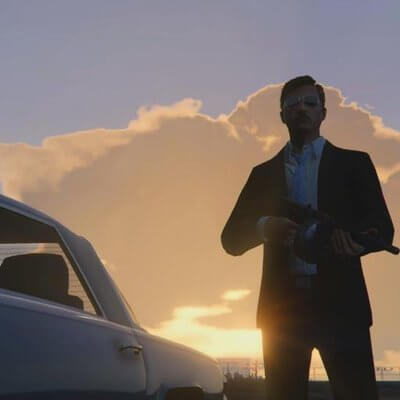