Last week, myself and Tom Mathews were invited to attend an event in London, where we got the opportunity to get our hands on Codemasters’ upcoming racing game ONRUSH. We got to play a beta build for several hours, capture some gameplay and were given plenty of new details about the game. I came away from the experience very excited to get playing the full game when it launches in June.

One thing that the team at Codemasters were very eager to emphasize was the fact that ONRUSH is not a traditional racing game. Whereas in most racing games dirty driving is penalised, in ONRUSH it is actively encouraged. Whether it’s hitting other drivers off track, cutting corners, or even landing on top of your opponents after a jump – ONRUSH rewards you for punishing enemy players. This style of gameplay really harks back to the era of Burnout titles, and is a welcome change to the arcade racer space.

A core element of the gameplay in ONRUSH is earning boost. This is achieved by performing actions including hitting jumps, performing tricks, destroying enemy vehicles, driving in close proximity to teammates and much more. Once you have acquired boost, it can be released – giving you an increase in speed. Release enough boost to charge your ‘RUSH’ powerup. This is essentially your ultimate powerup, and gives you a unique advantage based on which vehicle class you’re in.

In ONRUSH, there are four game modes. ‘Overdrive’ relies on teams acquiring boost however they can, and releasing it to score points. The team that hits the target score first, wins. In ‘Switch’ you have just three lives, and after every death you must change your vehicle class. This plays similarly to Call of Duty’s Gun Game game mode. ‘Lockdown’ requires teams to work together to capture mobile zones. Have as many players in the zone to win the points, all while battling enemy players out of the zone. Finally, ‘Countdown’ has players driving through checkpoints which grant time boosts to the team of each driver that drives through them. The time boost is added to the team’s collective time, with the team who runs out of time first losing.

In all of ONRUSH’s game modes, something called ‘Stampede’ is in effect. This essentially makes sure any players that get crashed into or fall too far behind don’t get left out of the fun. If you’re too far back, you get teleported to the main group of players. If you’re hit out, you are dropped into the main group in exactly the same way. It’s a great system that makes sure every second of gameplay is as fun as possible, and you aren’t just playing catch up for the whole time.

Each of the game modes are played across 12 multi-route tracks. On each of them, using a different vehicle will open up different ways to play. This is great, because it requires players to think about what vehicle they use each time they play. You’ll need to match the map with the vehicle, as well as the game mode. It all fits together really nicely to create a decent amount of variation.

Variation is also created through the reasonably extensive customisation options available within ONRUSH. There are 12 different characters to choose from, each with 18 skins – that’s 216 possible combinations. There are also calling cards, icons and emotes to unlock and equip. All of these cosmetic items are available inside GearCrates, which is the game’s loot box system. Fortunately only cosmetic items are locked inside these crates, and the crates can only be earned through progressing through the game and levelling up.

The game’s single-player mode is called SuperStar mode and can be played entirely on your own or with friends. Up to 5 friends can join you as you play, which is a very welcome addition. As for online, there’s general multiplayer where you play online against random players, as well as a ranked online mode. I was very excited to find this mode, as while I was playing I mentioned to Tom how perfectly ONRUSH lends itself to esports. It seems the team at Codemasters agree, and have an esports mode built into the game. With multiplayer being 6v6, and with players taking on different roles with each vehicle they play as – esports events should be great fun to watch.

Ordinarily when I play games, I turn the in-game music off. But as I was playing ONRUSH, I decided to keep it on. This is because the game has a brilliant reactive audio system in place. Essentially the music that plays is synced to the action, so if you take someone out, the music will adjust to what you’ve just done. It really helps to bring the game together and is a very unique addition.

Finally, the photo mode in ONRUSH is fantastic. It has several screens worth of controls, particle effects can be adjusted and filters are available directly from the in-game photo mode rather than needing to be added in afterward. If you like taking pictures in games, you’re in for a treat with ONRUSH.

ONRUSH launches on June 5th for Xbox One and PlayStation 4. Check out our GameHub for all our previous ONRUSH coverage, and keep your eyes peeled for gameplay heading onto the site soon too! 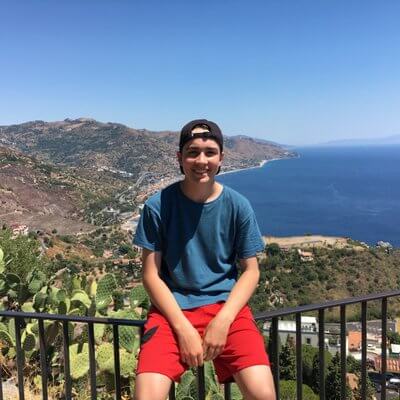